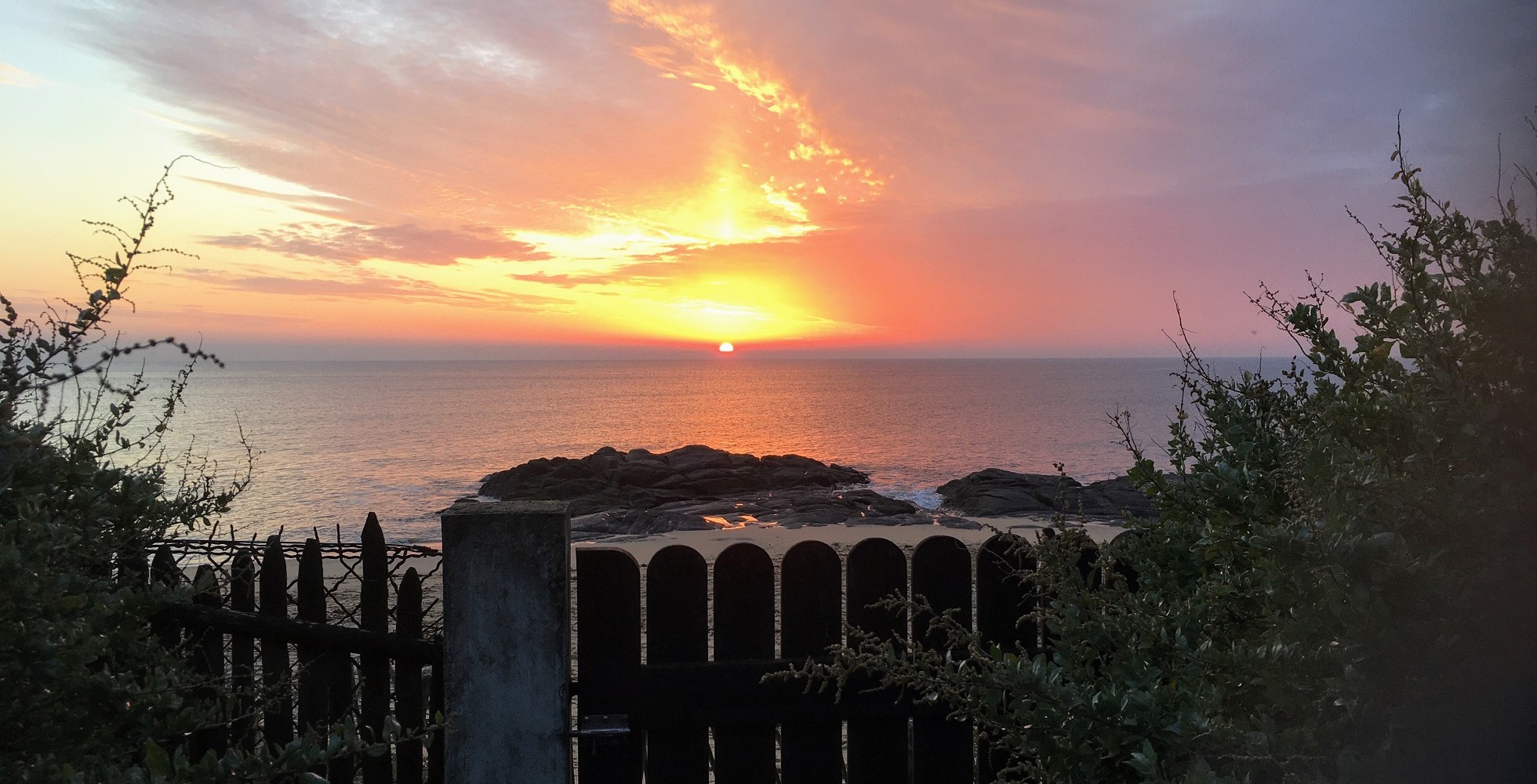 Tom Vaughan is a former British diplomat who has served in the Middle East, Africa, and the US, and whose career has also included experience of conflict zones such as Afghanistan and the Balkans. He continues to work on international affairs.

Tom worked as a journalist before graduating from Exeter University and completing post-graduate studies at Oxford. His novel, No Second Prize, based on his experience in post-colonial Zimbabwe, was published by Andre Deutsch in 1993.

In the words of Helena Nelson of the HappenStance Press, which published a short selection of his poetry in 2010 and a longer collection – Envoy – in 2013, Tom’s poems demonstrate that ‘elegant formalism and contemporary style can still go hand in hand’. 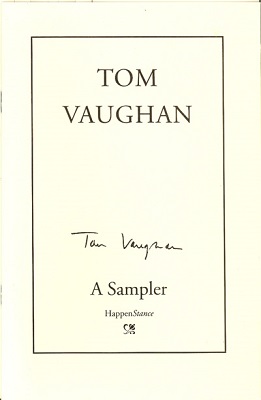 I cut the grass again today.

It took three hours, but now I know

that man was made his lawn to mow.

The shorn blades smell of long ago.

I cut the grass again today.

I’m basking in the afterglow.

I sit and sip a beer, although

under my feet it starts to grow.

The poems in Envoy reflect Tom’s experience overseas, commenting (often with barbed wit) on people, places and the moral ambiguities of diplomatic life. His deepest concern is with the guilt carried by those whose decisions—however much they may or may not be justified—mean the death and injury of others. But the only certainty for all of us, as he concludes in Via Dolorosa, is that ‘suffering / is in the end / all we can share’.

Although hard copies of Envoy are sold out, you can buy and download an e-copy below. 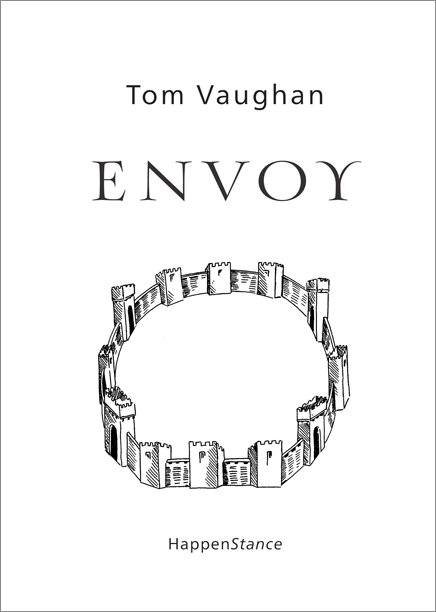 their task’s to bear

what ends in prayer

is in the end

Some of Tom’s poems have been published in the following online publications:

Get in touch with Tom here

Some Poems of Tom Vaughan

Midnight Mass in the Pyrenees

The village choir sings out of tune,

the one he must use every year

aimed at the awkward children

whose parents push them to the front

to crowd around the crèche

where one of them’s now tasked to put

the centuries in which these stones

would house the hopes and fears

as they’d accept this valley as

in which the story of their lives

Now most of us are only here

for the skiing – if we believe

in anything, it’s not the tale

which goes with Christmas Eve

and yet, we’ve felt the need to come

where a thousand years of prayer

gave meaning to the spans of those

whose limits we compare

to our wider, deeper knowledge of

which leaves us both enlightened and

forever in the dark

but wondering for a few hours if

has somehow blessed us, even in

her kilted sibling captured at Dunkirk,

locked up for five long years. But yes they met

in uniform, lost half their friends, before

the normal world re-started when they wed:

all I suppose they wanted when they set

out as a couple.  We must have been a shock:

busting their rulebook; scornful of sacrifice;

mocking their past and their belief in ‘progress’;

too young, too smashed, too angry to unlock

their silence, or to understand the price

In front of the fire after dinner

we talk of the friends who have died

not saying, but of course thinking,

why them, but not us, when we’ve lied

and we’ve failed and betrayed and we’ve squandered

just as much as the shadows we mourn

while we sit by the fire in the winter

while the fire keeps the two of us warm.

Maybe when we wake a few embers

will still glow in the ashen grate

and we’ll kindle new flames till the evening

the darkness to illustrate.

I took a brick and carried it

to where before there had been air,

and laid it carefully to fill

an emptiness I could repair.

where more than evening falls

That was the first – it’s now among

so many others I can’t be sure

which one it is, and why I built

which beckons but appals

Though it seems some spaces can’t be filled

however many bricks we pile

upon each other, and however

well we learn to shrug, and smile.

where all our building stalls

Is non-possession of a talent

If I’m part of the crowd predestined to be

born with no great gift

is there a particular reason for

since otherwise no one would rise

above a bland baseline

and no lacklustre horde would backdrop the stars

Still there ought to be a prize

for the necessary many

whose qualities are minimal

but who plod on as losers so

the few can upwards pop

relying on the rest of us

so will they one day condescend

to look us in the face

and thank us for their happy state

where the hurt is.

I won’t get smashed up

and I’ll keep mine –

we may be right.

Included in anthology ‘101 Poems That Could Save Your Life;, ed Daisy Goodwin, HarperCollins 1999.

Included in anthology ‘Essential Poems (To Fall  In Love With)’, ed Daisy Goodwin, HarperCollins 2003 (in arrangement with BBC, and read on subsequent BBC by Samuel West.

‘I find that the earth is not as round as it is described, but

Of course, since he thought India was where

they’d landed, so much sooner than his sums

suggested that they should.  I bet his chums

would have been happy had the world been square:

any firm ground the answer to their prayer –

after long weeks at sea, the flat earth comes

to feel as good as mythical kingdoms.

Me and my crew, however, are up to here

with startled landfalls: our jetlagged eyes have seen

Not that we laugh at him for being green:

his insight was spot on – the world’s pear-shaped.

and this projecting part is highest and nearest heaven.’

But that bit’s something else – just think of it,

the seven day world in its pneumatic bliss!

Not something that you’ll find in Genesis . . .

almost as tall as heaven, a major hit

with passing Martians, evidence that His

O Mother Earth, bend down and succour me.

I’ve lived too long with sorrow and with pain.

Fold me in your warm arms and let me be

Then I’ll set sail, as though I could be free

one day, unchanged, to turn back home, to Spain.

Published in The Haiku Quarterly 41

of total strangers in the street

as though they were my oldest friend

and as and when that friend I’ll meet

we’ll stroll across Green Park towards

to dip our bread in olive oil

and drink wine till our faces glow

and talk of this and maybe that

as if we had all day to kill

then we’ll argue who should pay, aware

we’ll agree at last to split the bill

and when we say goodbye, we’ll know

how rare and wonderful it was

to be together, even though

neither will say so. Why? Because

when public or private fresh disaster

prevents we two from sitting there